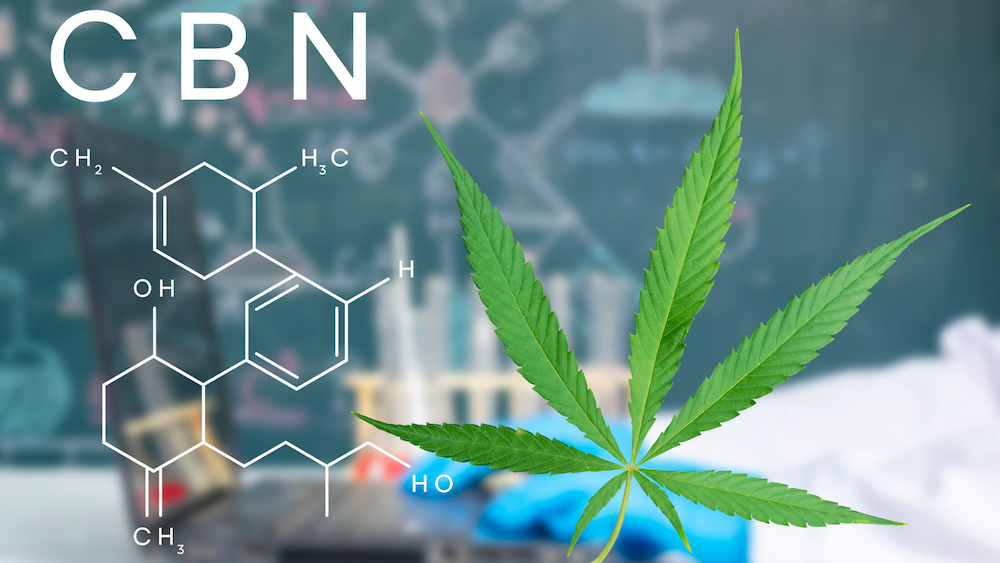 More than 100 different types of cannabinoids have been identified in the cannabis plant. These are natural chemicals that can interact with a series of receptors in the body called the endocannabinoid system.

Our body naturally creates its own type of cannabinoids (endocannabinoids) that interact with this system to regulate bodily functions such as pain, memory, mood, immunity, and stress.

Researchers believe that certain cannabinoids derived from the cannabis plant can help stimulate our own endocannabinoids, promote their health and efficiency, as well as bind to our receptors for optimal health.

Here at SomaLeaf, we focus more on cannabidiol (CBD) and the many benefits it can offer (especially when it can actually get absorbed and used by your body).

But another type of cannabinoid gaining in popularity is cannabinol (CBN).

In today’s blog, we’ll cover the main differences between CBD and CBN. Let’s dive in!

Let’s start with CBD. Unlike tetrahydrocannabinol (THC) – the main cannabinoid in the cannabis plant, responsible for the “high” feeling of marijuana – CBD is non-psychoactive.

As such, it’s a great option for those seeking health benefits without any mind-altering effects. CBD use has been shown to be a well-tolerated compound, effective for many different types of ailments. [1]

Neuroprotection – Numerous studies have found CBD to be beneficial in protecting and treating a range of neurodegenerative diseases. [4]

Pain relief – CBD has been found to help reduce pain. Researchers believe this is due to the way CBD interacts with the endocannabinoid system. [5, 6]

Anti-inflammatory – Research has found that CBD can act as an anti-inflammatory, with the potential to help reduce the severity of several conditions. [7, 8]

What are the benefits of CBN?

CBN is created by directly breaking down THC, the psychoactive cannabinoid in cannabis. As such, it’s mildly psychoactive (though not as much as full THC).

When it comes to benefits, CBN doesn’t have nearly as much research behind it as CBD, so it’s difficult to fully understand how it can help support your health.

However, there have been some studies on the cannabinoid.

Sleep – A study from 1975 found that CBN may be able to help users fall asleep. However, this is a dated study which only included five participants. [9]

Pain relief – One study in rats from 2019 found that CBN was able to help reduce pain. However, the same study also evaluated CBD and found it to be beneficial as well. [10]

Anti-inflammatory – Some animal studies have found that CBN may have the potential to reduce inflammation caused by arthritis. [11]

What are the differences between CBD and CBN?

Though close in name, CBD and CBN are quite different molecules.

As you can see above, some of their benefits have the potential to be similar, though with different effects.

Because it’s the result of breaking down THC, CBN can come with some mind-altering effects. At this time, it’s difficult for manufacturers to fully control the amount of CBN in a cannabis plant.

On the other hand, CBD is its own compound – independent of THC. It’s the second most common cannabinoid in the cannabis plant and manufacturers have adopted several methods to optimize the amount of CBD in a plant.

Because it’s separate from THC, CBD doesn’t cause any sort of high.

Pitted against each other, it appears as though CBN may have similar benefits to CBD, but it’s missing the research to fully back it up. As such, there could be side effects to CBN that aren’t yet known due to a lack of research.

Additionally, CBN can cause a high feeling. If that’s something you’re looking to avoid, stick to CBD.

Want a CBD your body can actually absorb and use?

Exercises That Are Easy To Do (Plus How To Do Them)